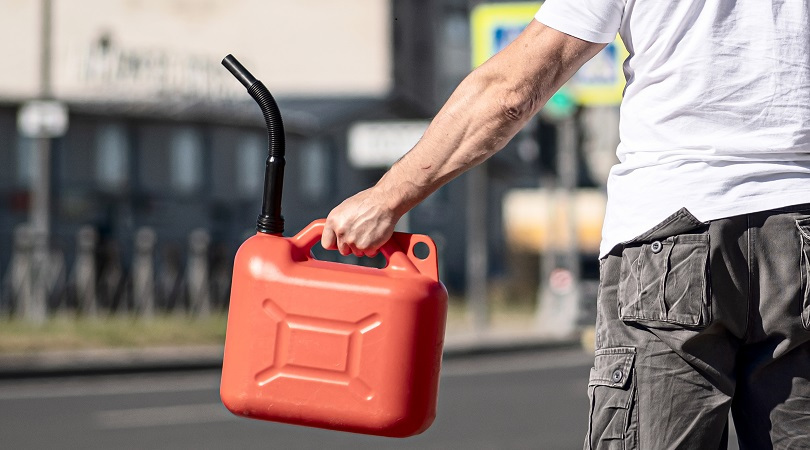 CIO Viewpoint: The Energy Crunch - How Will It Evolve?

Both natural gas and coal prices more than tripled, while crude oil prices almost doubled compared with a year ago (Exhibit 1). Electricity prices were also pushed up in several markets, especially Europe, due to the surging cost of power generation.

The current price increases in natural gas, coal, and oil have been significant enough to remind us of the three oil crises in the history, during which crude oil prices surged by 4 times from 1973 to 1974, 3 times from 1979 to 1980, and more than doubled in 1990.

In this newsletter, we try to address the reasons for the current energy crunch, its potential impact on the economy and market, the possible future direction of the energy transition, and some implications on investment.

What is different for the current energy crisis?

Historically, there have been multiple energy crises, but mainly in two kinds. One was related to primary energy shocks (e.g., significantly reduced supply of oil, coal, and natural gas). The other was secondary energy crises, such as power supply disruptions.

The three well-known oil crises were the typical primary energy crises. Meanwhile, major secondary energy crises include the 2012 Japan power shortage after the Fukushima nuclear accident (caused by Tohoku earthquake and tsunami), the 2019 power shutoffs in California, and the 2021 Texas power crisis.

The three oil crises were all caused by geopolitical conflicts, namely the Yom Kippur War in 1973, the Iranian Revolution and the subsequent Iran-Iraq War from 1979-1981, and the Gulf War in 1990. Meanwhile, secondary energy crises (or power supply disruptions) were mainly due to natural disasters or power plant accidents.

Causes for the current energy crunch are more complicated than the previous ones. First of all, the ongoing economic recovery and the Northern Hemisphere’s severe winter cold and summer heat boosted both industrial and household demand for energy.

Meanwhile, renewable power generation has been reduced in the US by droughts, which curbed hydropower output, and in Northern Europe due to below-average wind generation in summer and fall.

Moreover, energy supply has reacted slowly to price signals due to the pandemic-related disruptions (e.g., labor shortages and shipment backlogs) and the green transition, which led to declined investment in the fossil fuel sector. The number of active oil and gas drilling rigs significantly fell after the 2015 Paris Agreement, which did not increase much recently, even with soaring prices of natural gas and crude oil (Exhibit 2).

Therefore, although the current energy crisis is seemingly triggered by extreme weather, it should be categorized as a primary energy crisis, as the fundamental problem was the lack of capacity in the entire energy sector (see more details in the third part). This lack of capacity also explains why, this time, energy price increases are more broad-based.

However, the current energy crisis include natural gas and coal shortages (due to the reduced capacity), which together accounts for almost 60% of power generation, pushing up electricity prices.

Regardless of the causes, primary energy crises usually last longer, as bringing back oil/gas/coal capacity is harder than fixing pure power supply disruptions. For example, previous secondary energy crises only lasted for one or two months, while the second oil crisis in 1978 lasted for more than two years.

After the winter, this shortage should significantly ease as demand falls. Moreover, countries also have been dropping regulatory restrictions and geopolitical disputes to increase energy supply. China has significantly increased coal production and imports, and Nord Stream 2 pipe line is also expected to operate in full capacity early next year, increasing natural gas supply from Russia to Europe.

A replay of the 1970s? Highly unlikely

Energy crises will unavoidably bring impacts on economic growth, price levels, and asset performance. Especially, the three oil crises in history, which lasted longer than other energy shocks, all led to economic and market downturns in the US (Exhibit 3).

Given the recently elevated inflation and moderating growth, it is natural to ask whether the current energy crunch will lead to a replay of the chaotic periods during the previous oil crises, especially the 1970s.

We believe the answer is “no”, as one of the main factors that led to the economic and market downturn during the first two oil crises was the Fed’s aggressive rate hikes to curb inflation (Exhibit 4).

However, oil crises are supply-side shocks, and rate hikes will not help much on supply shortages. Therefore, aggressive rate hikes during the 1970s not only failed to contain inflation but also added to further pressure on economic growth and financial markets, which resulted in the stagflation of the US economy.

Moreover, the first oil crisis also coincided with the breakdown of the Bretton Woods System, which led to a significant depreciation of the dollar during the 1970s (Exhibit 4) and exacerbated the inflation pressure.

For now, the Fed is still very cautious about dialing back its monetary stimulus, given the moderating growth momentum, and the Fed is unlikely to react to energy-related inflation.

Energy prices’ impact on inflation should be much lower than in the 1970s or 1990s, as the energy dependency ratio (energy consumption to GDP ratio) has been consistently declining thanks to the increased efficiency.

Moreover, lessons are learned that rate hikes will not solve supply-side shocks, and the recent high inflation was still mainly related to the supply-side disruptions during the pandemic.

Actually, there is a high bar for inflation to stay elevated. Price levels need to increase at high speed continuously. However, so far, we have not seen any factors that could result in persistently faster price increases.

Therefore, even central banks are turning towards policy normalization, we do not expect any aggressive moves from major economies.

If we look at the previous monetary tightening cycle (from 2015 to 2018), the Fed only managed to deliver one rate hike per year during the first two years, while the ECB and BoJ even did not have the chance to start increasing the rates.

In sum, although the current energy crunch is more like a primary energy crisis, its impact on the economy and market should be much milder than the previous oil crises, due to the expected very different policy reactions.

A further push into green CAPEX?

Given the energy crunch, we may see a large rebound in coal and oil production this year and probably next. For example, the Chinese government has already ordered large coal mines in China to speed up production.

We tend to agree that green-transition-related government policy contributed at least part of the current energy crunch.

For example, the Chinese government tried to reduce CO2 emissions by limiting the construction of coal-burning powerplants. As a result, China’s coal production has been flat since 2012, regardless of the continued substantial increase in electricity consumption (Exhibit 5). Although declining, still, over 50% of electricity production comes from burning coal. The widening gap between coal output and surging electricity consumption is at the heart of the current electricity crisis.

Moreover, with the climate-driven shift, companies like Exxon and Chevron have started pivoting their capital allocations away from conventional energy towards renewable business, building up renewable capacity and carbon capture utilization and storage facilities.

However, it seems like both governments and companies have been too aggressive in reducing traditional energy capacity, while far less aggressive in boosting renewable investment.

Currently, investment in oil and gas production has dropped to the level very close to IEA’s aggressive energy transition scenario, “NZE” (net zero-emission), that aims at achieving carbon neutrality by 2050, while spending on clean energy has far lagged behind the level under the same scenario, despite gradual increases in recent years (Exhibit 6).

It is hard to tell whether we should be more aggressive to push forward investment in renewable energy, or we should add back conventional energy production, or maybe we should do both. However, one thing is for sure that the world is not investing enough to meet its future energy needs.

The short-term increase of fossil fuel production seems unavoidable. However, in the medium to long run, we think that governments may push harder to increase the CAPEX into renewables.

However, increasing green capacity needs time and will not be easy. Therefore, between the short-term goal of ensuring energy security and long-term target of achieving carbon neutrality, some bridging energy source is needed to provide a reliable backup of energy supply. Nuclear power might be one option, given its super efficient nature measured by energy return on investment.

Finally, with the supply shock from the green transition, energy crunches might become more frequent in the coming decade. Conventional energy prices may stay elevated for an extended period.

However, that may not necessarily lead to the re-rating of conventional energy companies. Despite the declaration of the death of coal years ago, coal prices now are at levels that are higher than their 2010 level (Exhibit 7, left panel). However, coal miners’ share prices fell more than 90% compared with their 2010 level. The disastrous stock performance could be attributed to the terminal value problem as investors are marking down coal producers’ reserve values.

In addition, ESG mandates have forced money managers to divest their fossil fuel holdings, increasing the capital cost for the fossil fuel industry as a whole.

The oil sector has been facing an increasingly similar situation since 2010. A cyclical drop in oil prices has almost always led to a large de-rating of oil shares. However, Rising oil prices have not been proportionately followed by oil stock prices since the 2020 lows (Exhibit 7, right panel).

On the other hand, given the expected CAPEX increase (USD 4 – 6 trillion per year, according to IEA and market estimates) in the clean energy sector, investment opportunities should stay with the green names. We have addressed some of such options with more detail in the Focus: Renewable Energy - What to Watch? 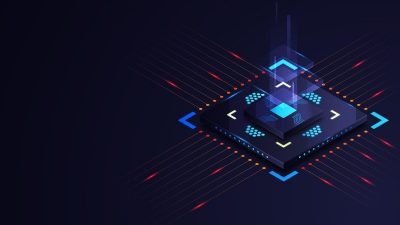 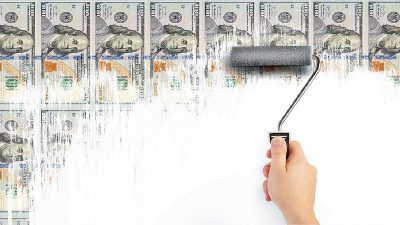 Focus: Renewable Energy - What to Watch?