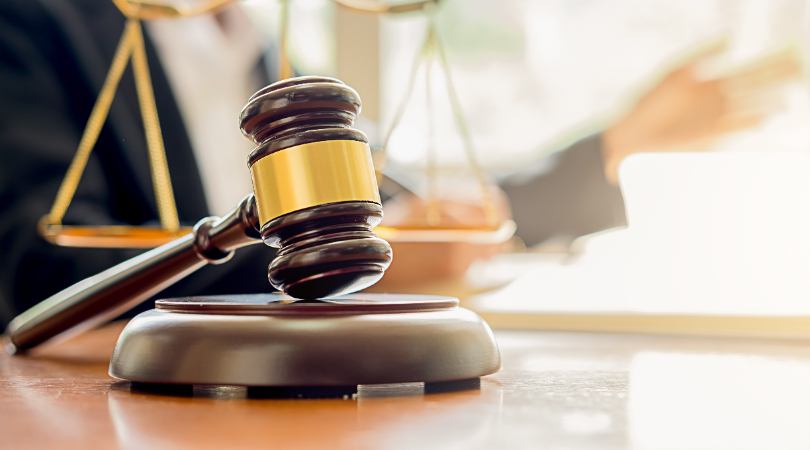 CIO Viewpoint: How to interpret the antitrust moves in the US and China

Antitrust enforcement is gaining momentum in major economies, such as the US, EU, and China, after decades of weak practices. We try to address the underlying rationale behind such a trend and give our views on possible outcomes in the US and China with some investment implications.

The changing antitrust focus: from market concentration to innovation

Antitrust laws were first introduced by the US back in 1890 when the Sherman Act was passed. It aimed to prohibit price-fixing, the operation of cartels, and other collusive practices that unreasonably restrain trade. Later, the US Congress passed the Clayton Act of 1914 and the Federal Trade Commission (FTC) Act of 1914. These three Acts comprise the main statutes at the federal level. The US Department of Justice (DOJ) Antitrust Division and the Federal Trade Commission (FTC) are the two enforcers of the federal antitrust laws.

The US’s antitrust actions have gone through ebbs and flows, affected by the development of industrial organization theories.

1) In general, from 1890 to 1974, the US’s anti-monopoly efforts gained momentum, as the US Congress continued to specify and complete the antitrust laws by adding amendments, separate regulations, and detailed guidelines, making them easier to be enforced in practice.

The most famous antitrust cases in the US history almost all happened during this period, such as the antitrust lawsuits against Standard Oil, the American Tobacco Company, and AT&T, which all ended up with the breakup of these companies.

At the same time, in addition to original legal standards, economic theories and their analytical methods started to play an important role in anti-monopoly cases. Specifically, the Harvard School had a notable influence. Their key argument was very simple: opposing market concentration, even if it might lower costs and prices, thereby benefiting consumers.

With its simple criteria (almost solely on market share), the Harvard school thoughts convinced many judges to presume the illegality of any conduct by firms with market power, regardless of its effect on consumers, and have deterred many consumer-friendly mergers (e.g., the landmark case of United States v. Alcoa in 1945).

That said, it was too quick to find fault. The courts and agencies prevented large firms from engaging in competitive conduct that could have benefited consumers.

2) During the second period, from 1975 to 1991, the anti-monopoly policy was gradually relaxed, influenced by neoliberal economics such as the Chicago School.

The Chicago School argued that the Harvard School misjudged the ways in which firms continue to compete, even when they have relatively few rivals. It believes that the core of anti-monopoly is to maximize consumer welfare, by providing consumers with the most goods at the lowest cost. Courts and enforcement agencies should only intervene when it was clear, after thorough study, that anticompetitive conduct was threatening consumer welfare.

Influenced by such thoughts, the US government began to treat antitrust policies cautiously, and gradually eliminated the dogmatic tendencies in anti-monopoly. (Exhibit 1) The number of antitrust investigations significantly declined from more than 500 cases per year in 1970s to less than 150 cases per year in the past decade.

3) Antitrust movement further weakened after 1990s. With the accelerating trend in globalization and the emerging digital economy, US companies started to face more competition from international markets. As a result, many economists and policymakers see technological innovation as the key to stay competitive. However, innovation needs large amounts of capital investment, and usually, only large companies have such capacities. Therefore, a certain level of monopoly power is actually good for innovation. To protect the incentive of corporate innovation, the core of antitrust switched from maximizing consumer welfare to promoting technology innovation, which formed the basis of oppose-antitrust ideology in recent decades.

The re-rise of antitrust movement since the 2010s

As stated above, the antitrust practices have followed a weakening trend after 1970 with its focus shifting from market concentration to promoting consumer welfare and corporate innovation.

The views towards monopoly power have also turned from the initially all negative to distinguishing between different markets, different extent of monopoly power, and the potential impact on efficiency, consumer welfare, and innovation.

However, since 2010s, with the continuous growth of Internet giants, the New Brandeis School (an antitrust academic and political movement, named after Supreme Court Justice Louis Brandeis) has gained notable momentum, and called for the resumption of anti-monopoly law enforcement against giant companies, especially those in the digital economy, especially given the rising market share of big tech firms and their holdings of massive user data.

Supporters of the Brandeis movement (such as Lina Khan, current Chair of the FTC) believe that the new form of monopoly power among big tech firms is not charging higher prices, but charging lower prices to deter competition and gain larger market shares. For example, although charging lower prices towards consumers, the markups charged towards merchants are increasing, suggesting that the relatively high profit margins are likely driven by the ability to monopolize input markets (e.g., the previous 30% Apple store “tax”) other than through higher efficiency.

Moreover, the Brandeis movement intends to broaden the focus of antitrust laws to consider the interests of producers, suppliers, and workers rather than just consumers, as well as issues such as income inequality, unemployment, and wage growth, in opposition to corporate power. Such claims got a further boost by the pandemic-related recession and the uneven recovery.

There are four pending bills against the tech sector, or internet platforms specifically:

While each of these bills passed at the subcommittee level, it is still unclear whether they will have sufficient support to pass the full House or, more importantly, the Senate, as it might be hard to get the required “at least 10 Republican votes” given the fierce opposition from the Republicans.

Furthermore, it has become hard for prosecutors to win anti-monopoly cases, when more factors (e.g., inequality, consumer rights, innovation, etc.) are considered. As a result, both antitrust lawsuits against Facebook and Google were dropped recently, and the lawsuits against Microsoft (in the early 2000s) and Apple (recently) ended up with settlements.

Besides, the FTC has become more aggressive under Khan, which aims to act on more investigations and write new rules of its own. However, its resources are limited. For years the commission’s budget and staffing levels have been declining. It only has around 50% of the staff it had in 1980 and is currently trying to review a record number of mergers.

Therefore, given the weakening trend of antitrust practices in the past decades, the fierce opposition from the Republicans, the more and more complicated factors to be considered, and the relatively limited resources of the enforcer, we expect such investigations and lawsuits to have limited or milder impacts on the big tech firms in the US.

China has a much shorter antitrust history than the US. However, the recent regulatory crackdown on tech firms has been much more fierce in China. The reason is simple: Chinese regulatory bodies do not need lengthy prosecution procedures, and they will never lose a case.

That said, there are still some rationales behind the Chinese regulatory moves. Every five years, China releases national economic plans to set up its development targets and recalibrate its industrial policies. Such antitrust regulatory crackdowns can be seen as part of the 14th Five Year Plan (FYP).

Such policy redirections have led to previous decreases in the A-share and H share markets with increased volatility (deeper maximum drawdown), except for the 2005/2006 period (Exhibit 2).

The 14th FYP sets the goal of achieving “common prosperity”, i.e., reduce inequality. Similar to the US, Chinese consumer-facing internet platform companies also significantly gained during the pandemic (when the overall GDP growth slowed from 6% to 2.3% with increased unemployment rate), with further increased revenues and market shares. Therefore, targeting the platform companies seems to be in line with the overall policy goal.

Moreover, another key target in the 14th FYP is to achieve self-sufficiency in key technology areas. This target was set given the 2018 US-China trade war and the persistent tension (especially the sanction imposed by the US on key tech imports by China). For China, having a large population that online shopping, ordering deliveries, and playing games every day probably will not help the country counter such challenges from the US.

To develop the key technology sectors (such as semiconductors), huge capital investments are needed. However, before the regulatory crackdown on platform companies, private sector capital had little incentive to move from the high-profit internet companies to the more risky, heavy capital hard tech sectors.

That said, due to the fast growth over the past decade, these internet platform companies now contribute to around 30% of GDP (according to government statistics). A significant downturn in the fundamentals of these companies will inevitably affect GDP growth. Given the currently already struggling recovery momentum, we expect regulation to stabilize going forward.

Previous regulatory tightening of the anti-corruption campaign and video game crackdown led to a 50% decline in share prices of leading companies such as Maotai and Tencent (Exhibit 3). However, both managed to recover after 2-3 years, with an annualized return of around 30% from the trough. Valuations had a harder hit than fundamentals (gross margin remained stable EPS growth declined but remain positive).

In sum, as long as the regulation does not completely “destroy” a sector (which it cannot afford now, given the significantly moderated growth), share prices should be able to recover as the regulatory concerns gradually ease.

Given the increased regulatory risks, should we avoid Chinese assets? We could, and whether avoid or not highly depend on investors preference.

However, in general, we prefer not to neglect China’s growth opportunity solely based on the recent episode of the regulatory movement.

BBATX (Baidu, Bilibili, Alibaba, Tencent, and Xiaomi) The Chinese equivalent of FAANG have been persistently outperforming their US counterparts from 2010 to 2018. The trade war only led to a slight underperformance of the BBATX, which returned to outperformance in 2H2020, until the regulatory crackdown (Exhibit 4).

Besides, the Chinese stock market have gone through many massive booms and busts, but the economic impact has been negligible. As long as the economy continues to grow at a relatively high rate, new investment opportunities should continue to emerge (Exhibit 5).

Finally, although fierce, China is not cracking down on all of its technology companies. Huawei, for example, still seems to enjoy the government’s full backing. The government is also trying hard to create a world-class domestic semiconductor industry, throwing huge amounts of money at even the most speculative startups. Other sectors such as AI, Cloud, green technology, high-end manufacturing sectors, and local consumer brands are also with solid government support. Stock prices of selected companies in these sectors have stayed close to their historical highs (Exhibit 6). 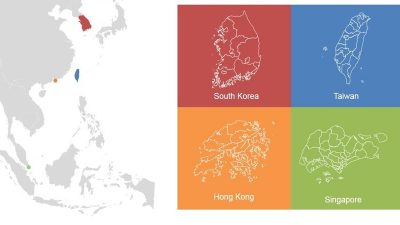